HomeTag "How To Play Kerbal Space Program"
Order By 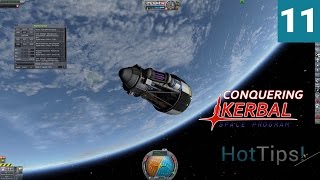 Conquering Kerbal Space Program EPISODE 11: In this episode, I’m nearly back to where we were in Episode 9 (see Episode 10 for the explanation), and during my “Orbit Kerbin” contract with a probe, I decided I wanted to make a seemingly mundane mission much more interesting, but configuring the flight computer in the probe […]
Charlie Pryor
22.04K

New Series for the gaming section here at Charlie – We’re going to CONQUER Kerbal Space Program! – At least we’re going to try to. This is a fun and educational game that even those of you who aren’t into games will probably like, because it’s science! It’s physics! It’s SPACE, and a large portion […]
Charlie Pryor
3.75K