HomeTravelA Few Things From My Vegas Vacation: Part One 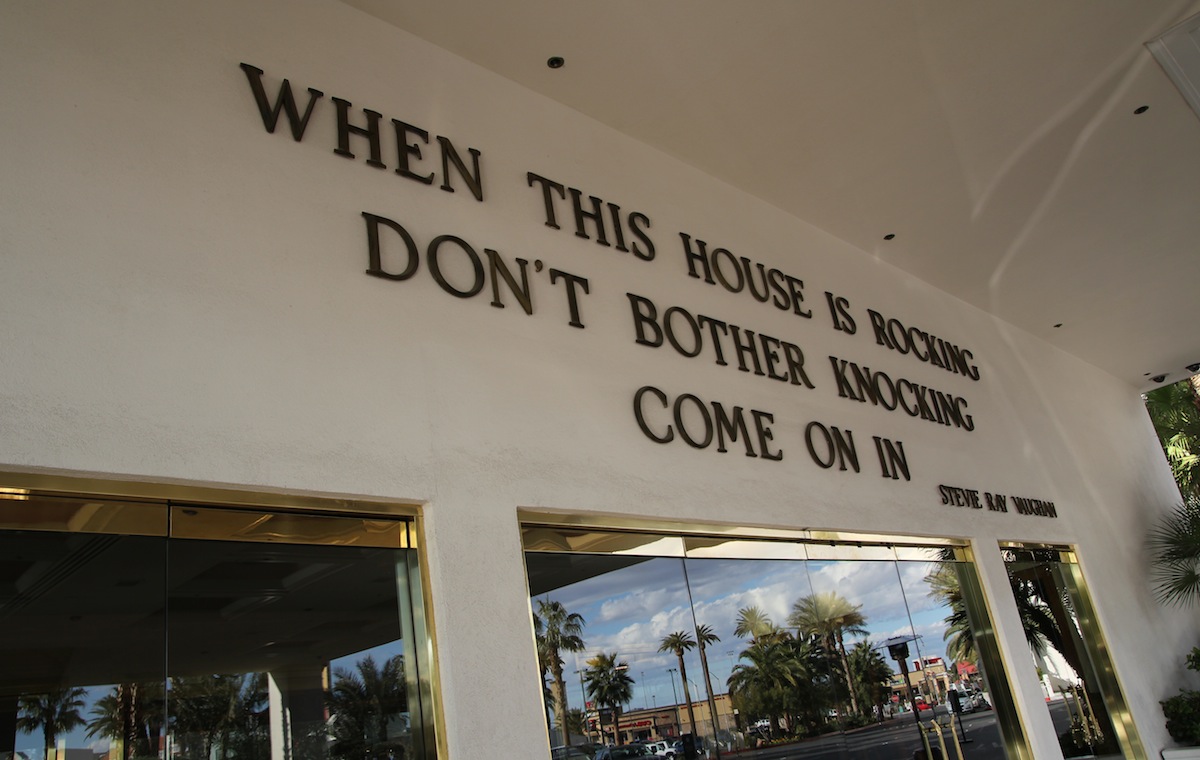 A Few Things From My Vegas Vacation: Part One

To sum everything up, Vegas is amazing. There is just too much going on all of the time to really get a complete grasp on the city in just four short days (and they felt very short). The entertainment capital of the world lived up to it’s name, and although I didn’t get the opportunity to experience the aspects of Vegas that are portrayed heaviest in movies and the media, I had an amazing time anyways. 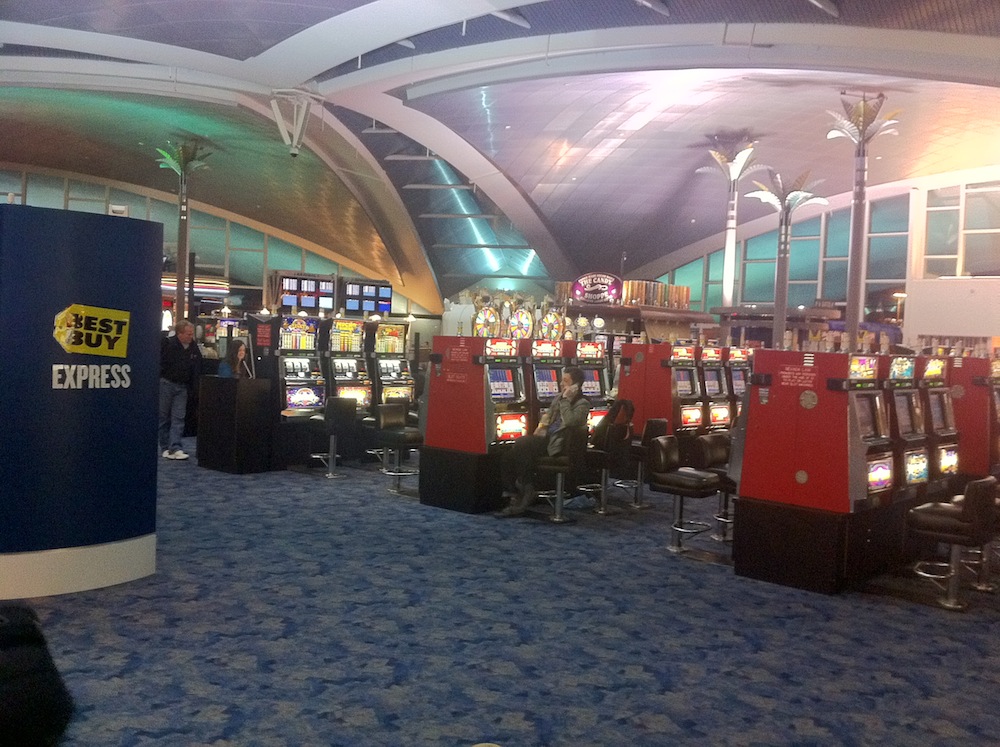 There are slots in the airport. That’s when you know you’re in Vegas[/caption] Right from the beginning we were exposed to gambling. As we exited the plane, making out way into the airport terminal for the first time, we were greeted with advertisements for various companies, stores selling merchandise ranging from expensive handbags to designer jeans, to brand name electronics. Spread all around the middle of the giant room was slot machines with large screens and flashing lights. Music was playing as well, although it was slightly drowned out by sounds from the machines, as well as other people in the airport. The first day actually started around 10pm, and mainly consisted of us making our way to our hotel, The Hard Rock Hotel. We stayed in Paradise tower on the 15th floor, and Hang and I spent a bit of time that night exploring the layout of the place. The hotel was really big (not the biggest in Vegas by any means though). There was a spa, salon, fitness center, a night club, and a variety of shops and restaurants inside the hotel. There was even a tattoo place (no, we didn’t get one). [caption id="attachment_1294" align="alignleft" width="298"] 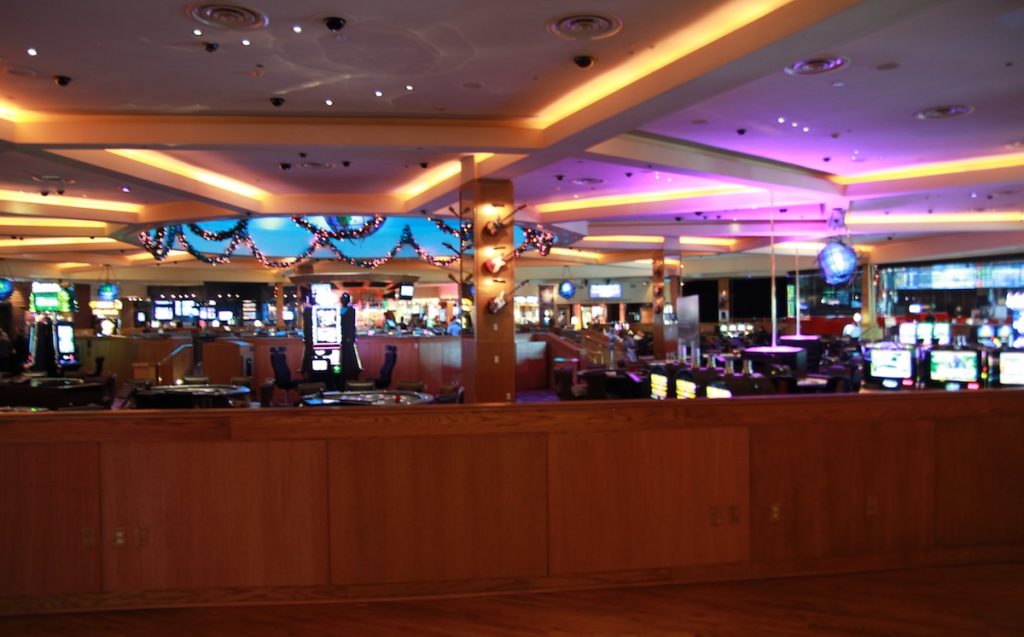 This hotel is super cool! They even have dancers in the lobby![/caption] Featured in the center of the circular lobby area was the center bar, where they obviously served drinks. Around the bar, at every tall chair, was a video poker machine which accepted 25¢ minimum bets. The next night, one of those machines would take $5 from us. Outside the bar area was the table area of the casino, which was made up of multiple blackjack, roulette, and craps tables. Within these tables, there were also a few small tables with poles up to the ceiling. These tables were lit up, and meant for dancing, and although there were several poles around the lobby, only one dancer was there at a time. After we got settled into the hotel room, we made our way back down to the casino again to sign up for the Hard Rock’s Players Club. By joining the players club, we were given $10 in free slot play. Many casinos in Vegas give similar offers, and we were going to take as many freebies as possible in this expensive city. After signing up, we made our way around the casino, trying various slot machines to see if it would allow us to play with our free play credits. The first few machines we tried wouldn’t allow it, but we eventually came to a machine that would: Lucky 777’s. The machine was blue and purple, and it had a bonus system that “could’ activate and get you great winnings if you had enough luck. You had to activate the free play credits by putting in money of your own (a dollar worked). Hang was first to play, and she needed to only hit the minimum bet amount one time to get the machine going nuts. It was her very first play in Vegas, and she came out of it with $33. It was pretty awesome. She didn’t win much more after that, but it was okay. Being up $33 was enough for her, and I decided to try the same machine when she was done. Perhaps that wasn’t the best idea, but I came away with $10 anyways. Overall, our first night in Vegas was pretty sweet, and although we didn’t do any drinking or anything wild, we had a lot of fun, and that’s all that matters. Check out the night view from our hotel room window: 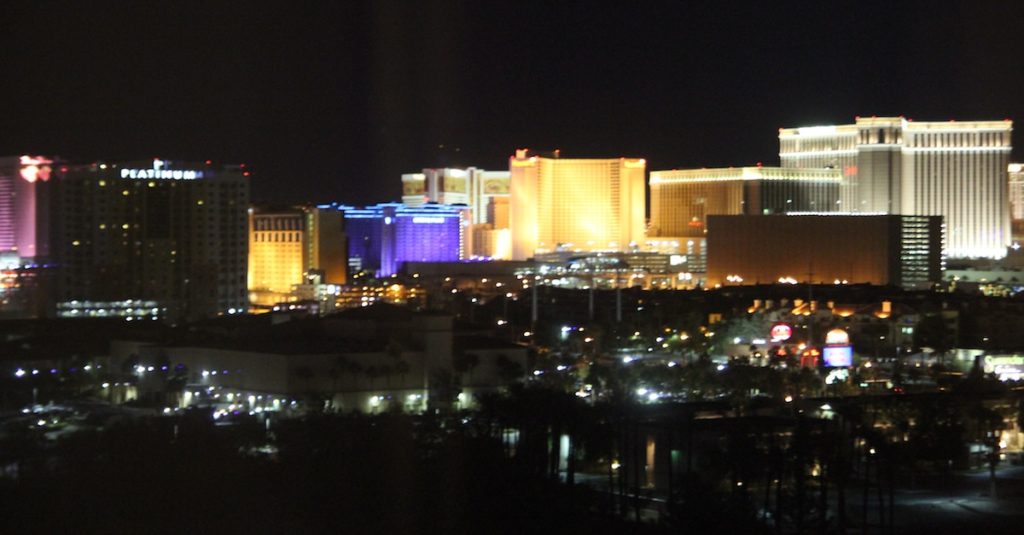 The Pryors In Vietnam: Our Trip Has Officially Begun

One Week Until The Pryors Leave For Vietnam

How My Life Has Changed Since Getting Married.