You ever have that moment when you suddenly realize you’re not quite as smart as you believe you are? Whether it’s about topics related to your career, or your interests, politics (although rarely will people admit it), history, or anything of value within society, speaking to other people is a great way to find out how smart you really are about something. I had the opportunity tonight to speak to two people about a variety of topics (mostly related to historical events that occurred in a foreign country), and while I never believed that I would know more than either of them about the subject matter, I had no idea just how in the dark I actually was.

Granted I’m no history scholar by any means, and rarely do I even begin to get into political debates at all (they are all pointless. Accept that you won’t change people’s minds and move on please), but I had no idea just how silent I could be at a table when I was out drinking with other guys. I was impressed, and a little uncomfortable with it. Not that the people made me feel uncomfortable, because that would be entirely false. Rather, I felt as though I should have something to contribute to the conversation, but didn’t. Simply put, I had nothing to say. It was strange. Most of the talk was about Cuba. Both of the people I sat with tonight had various stories about Cuban history, the people, the government, and in a few instances where I did get to participate, about the trip to Cuba that was just taken. For the most part, the conversation went on about the revolution, the wars, government clashes, the embargo, travel to the country, landmarks and locations on the island, and the poverty of the people. There was discussion about costs of living, emotions of witnessing certain elements of communities, the church we had went to, etc. All great topics, but few that I could actually take part in. I’m not complaining about the topics though. I really enjoyed listening to them, and I feel as though I learn some valuable stuff (not sure how it’s valuable yet) every time these types of talks happen. A few weeks ago, I sat down with this same professor, in his office, and had what was supposed to be a quick 20 minute discussion turn into a 2 hour event, with all sorts of great stuff to discuss. Yet even though I’m engaged in discourse, I inherently fall mostly on the receiving end of things. I learn so much from it. A line was spoken tonight that really put it into perspective

You cannot have wisdom and youth at the same time.

I want to be wise, but that takes time. Experiencing everything builds character, confidence, loyalty, purpose, and self-awareness, just as much as it teaches us how to live more efficiently and intelligently. I sometimes wish you could have wisdom and youth. Imagine what could be done with that extra time, and that extra energy. To understand the world fully while young would be an extraordinary gift. One day perhaps I’ll get things. Perhaps once I’m out of school, I’ll have the time to study subjects that I really care about. I would love to learn more about history. I never really thought about it as a minor, because there really isn’t anything you can do with it as a minor. At least business can get me a job. History (as a minor) doesn’t really get a person anywhere. I would love to study civilizations of great power, and their leaders. Study what they did, why they did it, and how it turned out. To understand their successes, and their failures, to learn from success stories like Steve Jobs, Spielberg, Mark Zuckerberg, or hell even Justin Beiber (I don’t like him either, but you cannot deny his success). I hope to one day have the time to read books from masters of their craft, study human consciousness and why people make the decisions they do. In all honesty, I just want to be able to contribute to conversations like tonight, rather than sit on the sidelines and listen. Is it true though? Can you really not have wisdom and youth at the same time? It’s stated that while you are young, you are not wise and are still learning the world, and by the time you figure it out, you are no longer young. Perhaps there is some truth in this, but I’d love to hear your thoughts. (photo via eridony) [charliead]]]>
careerfuturerandomthoughts

The Difference Between "Truth" and "Fact" Is That "Truth" Is False.

Moments In Cuba: The Man With The Huge Cigar 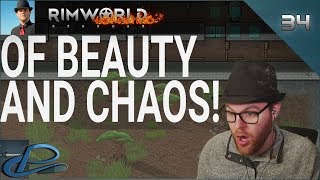 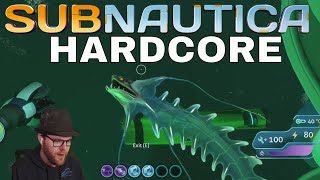