HomeSchoolHow Being Overloaded With School Work Could Ruin Me. 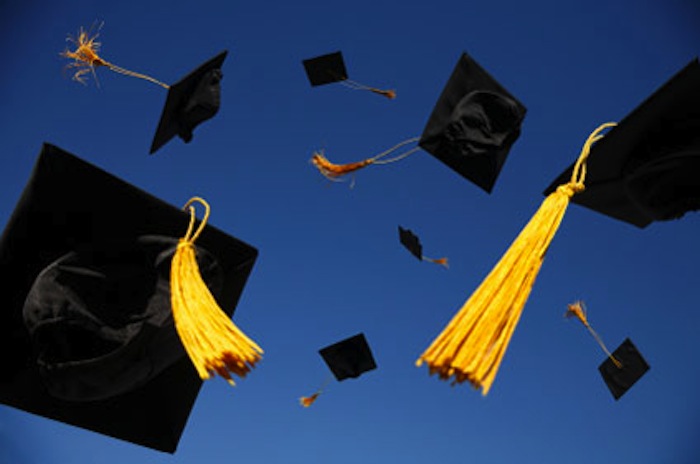 How Being Overloaded With School Work Could Ruin Me.

[/caption] This is not an exaggeration. I now have 9 major projects due to be turned in the next 10 days. Some of these things lengthy papers, others are edits for video assignments in classes. Some require complex critical thinking, and the ability to put opinions to paper about subjects I’d rather not be studying, and almost all of which will do next to nothing to actually aid me in the success of my future. I’ve done client work before. Been doing it for nearly 7 years now, and although you can never have enough ‘practice’ to enhance skills, eventually doing the same exact thing over and over again will not help you much. You’ll get benefit, but after a while (like I am now), paying thousands to continue to do it because the system says you must really gets irritating. I’ve done research papers before. I know how to find information to create a written document that can be presented to the public, or to a specific instructor. I’m perfectly capable of writing amazing stuff (see here for examples). Aside from not giving a rats ass about it still, experimental film may have actually provided something tangible in my mind to walk away with. It’s certainly not worth the $1300 I spent on taking that one class, but something none the less. I’ve likely learned a bit from my censorship class, but again, it’s not worth the money spent. Ironically enough, one of the projects due just happens to be a paper on the rising cost of education. Oh goodie. I’ll try really hard not to be one-sided on that issue. [caption id="attachment_1699" align="aligncenter" width="320" caption="I'll take 10 of them please... how much?"]

[/caption] Most of the work I’ve been told to do is essentially a repeat of what I’d already had to do countless times in my time in the educational system, and none of them create any emotion within me that forces me to physically care about them ending with ‘success’ in the instructors’ mind. I’ve moved 100% into the mindset of a person who legitimately only cares about themselves, and graduating on time. My entire mentality of college has changed from “learn something” to “beat this system and get the hell out of here.” Out of the last 72 hours of my life I’ve spent 8 of them sleeping. I eat once a day, sometimes twice. I sometimes skip taking showers for the sake of time. My room and my house in general, are messy as hell. I have passed up 3 contract jobs thus far this semester which would have made me over $3,000, because school got in the way of doing them. I stay up past 4:00am frequently, and wake up before 9:00am the morning after. I haven’t worked at my part-time job in a long time, so I’m starting to run dry on money, but I can’t change this habit because I’ll fail my classes. ————– This isn’t what it’s supposed to be like. The entire purpose of me being here isn’t to put up with this. I feel as though, so far this year, I’ve learned almost nothing tangible that I can take away with happiness; something that I can say really makes me proud to attend the university. Everything I’ve done that’s been of any value has been outside of class, and outside of the curriculum. Side projects, jobs, the Cuba documentary, to name a few. I’m incredibly grateful to be getting out of school in 4 weeks, but out of nowhere it seems, this possibility is being challenged. I may not actually be able to graduate, and if, somehow, I manage to pull it off, I’ll almost certainly drop my GPA down to a level that will forever prevent me from going into grad school. Ever. – Not that I’d want to do that right away, but someplace down the road may make such an event necessary. There is two ways I can take this. So far, I’ve been taking it wrong. I’ve been pissing and moaning about having too much work, and not enough time. The problem with complaining about stuff is that it’s counter-productive. It makes you feel less than you are; as if you are incapable of success. At the same time, it’s also using up the precious time that you claim to not have. In a sense, writing this post here on the blog is against my resolve. Still, I feel the need to express myself, and therefore I will (I needed a small break anyways). No, I’m not going to complain any longer. Now, I’ve got a better idea. To help aid me in being more positive and confident about such matters, I’ll be placing myself into a game-like state, in which two opposing forces square off to the death. In the first corner, me. In the second Grand Valley State University faculty members which instruct my classes. Obviously I’m a bit out numbered here, so I’ll need to be extra productive and work with haste. I’m portraying the school as against me here, which is the opposite of the way it’s supposed to be. However, as I said above, I don’t feel I’m learning anything I want to actually “learn” about, so I’ll play it as if it’s opposing my wishes, and fight against it. School and I have been doing battle for a while, and no matter how much it keeps coming at me, I never fully quit. After a while, I stopped falling for it’s little tricks, and that’s when it just hit me harder. Today, I’m gonna get on the freakin horse, and ride to victory! httpvh://www.youtube.com/watch?v=Pmk4Tl7PKAY Like most battles, each side has to have a goal, or a desired outcome. In my game, both the school and I have outcomes we so desperately desire. My goal is to defeat the college, and take the degree in which it holds, clearing myself of this burden once and for all, and gaining freedom from its grasp. The college faculty (in my game) are on a team, working towards my demise, attempting to continue my enslavement for another semester. I have but a mere three weeks to navigate the obstacles which they hurl in my direction, and while the journey is a long and dangerous one, I must always keep my strength with me at all times. Who will win this battle? I would hope me. Time will show us the truth soon enough.]]>

Vlog #5: I'm Pretty Sure I Just Locked In My Graduation Date