Maharishi University of Management granted degrees to 285 students representing 54 countries. Jim Carrey gave the commencement address to Maharishi University of Management’s class of 2014. The University Board of Trustees also presented Mr. Carrey with the honorary degree of Doctor of Fine Arts Honoris Causa, in recognition of his significant lifetime achievements as a world-renowned comedian and actor, artist, author and philanthropist. The university really exemplifies who Carrey is as a person, and the values of the school aligns with Jim’s philosophy so much, that he’s even donated a wonderful painting to the school, which he explains took him “thousands of hours to complete” The story behind the painting is just as breathtaking as the rest of the speech. It’s easily top 3 in terms of commencement speeches on the internet. Maharishi University of Management (MUM) in Fairfield, IA is a private university featuring Consciousness-Based℠ Education. The accredited traditional curriculum offers bachelor’s, master’s, and doctoral degrees in the arts, sciences, humanities, and business, but also integrates self-development programs. Innovative aspects include the Transcendental Meditation® program, one course at a time, and organic vegetarian meals. This is Jim Carrey’s entire 2014 Commencement Speech at Maharishi University. It’s so good, and despite how awesomely humorous it is, the insight within his advice for success and conquering the world is inspirational. Share if you agree.]]>

The Voice Of Albert Einstein: This Is the First Time I've Actually Heard Him Speak

How Being Overloaded With School Work Could Ruin Me. 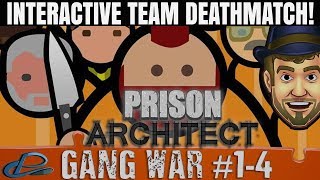