HomePersonalThanks Los Angeles. I'm Now, Quite Literally, Out Of Money. 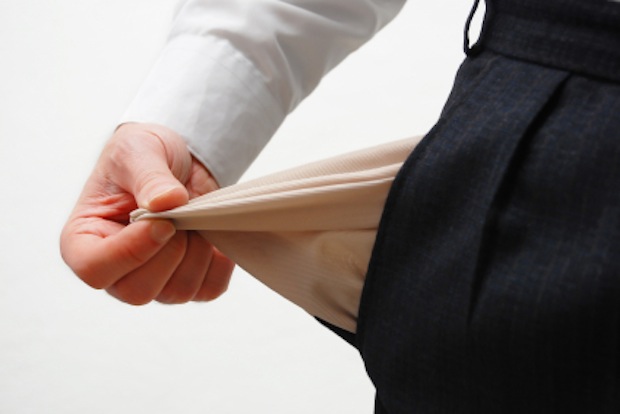 Thanks Los Angeles. I'm Now, Quite Literally, Out Of Money.

my second trip to Cuba is going to be a terrible experience, because not only have I gone over 2 months with no stable income (or any at all), as a result of a Hollywood internship, but I have no way to make anything quickly when I return. It’s almost as if I’ve been too ambitious, and have stepped outside of what I’m supposed to be capable of doing at this time. There are moments in life where you understand that you have the means to do something great, and then there are those moments when you do it anyways, even when you are unsure. I’ve lived my life that way it seems, and in too many cases, I’ve learned the hard way. You see, I don’t often view money as the means to obtaining my goals in life. I only view it as a survival source, which will allow me to be comfortable enough to live out my dreams, and achieve the goals that I set out to accomplish. The only problem with that way of thinking thus far, is that it has constantly led me to this same situation.

When you’re broke, you have no comfort. You have no sense of self-worth, and no sense of security in your life. You feel trapped. At any moment, you believe in your very soul that nothing will work, and that you are in deep enough to ruin something important to you. You don’t quite understand why such a status feels that way, but you know that you hate every single second of it. Confusion sets in, and you begin to wonder why stuff like this happens to you. When you’re in a situation like me, there is no room for fun. You can’t just go outside and enjoy the world’s delights, or do something as simple as grabbing a bite to eat with friends. You have to make excuses for not taking part in activities, such as waiting to do your laundry until the last minute, just so you have an excuse to tell the woman you love that there just isn’t time to see a movie today. Sometimes, you need to do things you’re embarrassed to admit to anybody, just to fall into enough social norms to keep people from asking “are you okay?” What I’m dealing with internally, isn’t something I anticipated. I planned to have a few hundred dollars minimum when I got back from Cuba this second time. I had planned to be able to pull out the motorcycle after the summer began, and take control of some amazing gas milage at the same time. After all, paying an extra $30 for insurance in order to save $100 every month on fuel is a great trade for saving money. I almost never want to express myself by venting to other people. It will annoy them. I know, because it almost always annoys me when people tell me all the little details of what’s going wrong in their lives. There are exceptions to this, of course, but lets face it people, all that ever does is drag down the mood of other people, and obviously those other people don’t need it. I knew I wasn’t going to have much money left when I returned from Hollywood. After all, Los Angeles is one of the most expensive cities to live in America, and I was going there with a mere $2600 total. Grab my rent for two months (which I’m contractually obligated to pay for), and I’m immediately down to just over $2000. Take away the $500 for rent in LA, then remove the $900 spent on fuel for the journey, and there isn’t much left for anything else, other than the $63 parking ticket I got while my bumper was over the red line on the curb, and all the little small payments I have to make that quickly add up. The engagement ring, as one of a few examples I could point out. There is really only one mistake I made financially here, aside from the ticket, and I’ll likely rectify that soon (selling back the Facebook stock for a small loss). That little fix in my situation is only going to be temporary though. What I really need, is a job (or gig) that actually pays me what I’m worth. I have yet to actually get that. My part-time job here in Grand Rapids (if I even still have it) isn’t paying me anywhere near what I’m worth when I clock in. They’re paying what the job is worth, which is how it’s technically supposed to be. I don’t fault them for that. I fault myself for staying there. What I’m trying to say is… I’m once again looking for a way out of a hole, so much so that I felt like divulging a ton of information onto a public website. A site that I’m really proud of, but only a couple handfuls of people actually bother to check out and look at before asking me questions that were clearly answered in the posts before hand. My business is falling apart online, because I haven’t got any time for it anymore. That business has been an incredible accomplishment, in my book, and I’ve only ever wanted it to grow enough to allow me to find it worth continuing. So far… it’s barely worth it. In all honesty, HotTips! used to pay my rent all by itself, and my job at the car dealership used to cover anything else… but I can’t dedicate any time to HotTips! much anymore, because I’m too busy working for free. I’m not even sure if I still have a job at Fox, since I haven’t clocked in there in almost two months. If I don’t work there anymore, I’ll arrive in Michigan with nothing but a unpaid documentary film project for Grand Valley State University (which I’m told will eventually be a paid later this year, but it might come this way too late), and another project that was promised for a friend that also has very little money to pay for help. On top of that, I live in a state where the average pay for my skills is “credit” and “meals.” Not even compensation for gas in most cases, and almost always no pay. Many legitimate businesses or media outlets offer wages similar to that of a McDonald’s manager. I didn’t go through everything in my past to live the life of a golden-arches employee. I came into this career path to be able to put my kids through college, so they don’t have to deal with this debt bullshit when they grow up. [caption id="attachment_2029" align="alignleft" width="211" caption="Pretty much says it all right there..."]

[/caption] I need to take a stand here. I don’t often work for free anyways, just because I find that in many cases people often take advantage of those who do. Even if the money doesn’t come out of your pocket, you still need to find some way to get that person SOMETHING for what they do, and I believe in that. Therefore, I have to make a stand right here and now. I cannot do this anymore.

“I will no longer work for free. Period.”

I’m too skilled to do it. I have IT skills on computers, skills for animation, writing, storytelling, skills on screen, off screen, and behind a camera. I’m great in developing web-based media, brand managing, website development, and server management. Most of all, I’m always a joy to work with. Call it tooting my own horn, but I have yet to find a person that genuinely didn’t like the fact that I was there when I showed up on the job. I work long hours, barely eat or sleep, and I usually don’t even take breaks. I’m there to get something accomplished, and get it done efficiently and accurately to specs. This applies to family and friends as well. I really don’t have time for free favors anymore. I love ya to death, but if you can’t make it half-way worth my time when I’m giving up my ability to save and raise money to start a new life after school, with a wife, then I’m not working with/for you. Not negotiable. I’d pay you if I needed your help. Do the same. It’s time for a change people. This is necessary, and long over due. Something has to be done to rectify this situation permanently, and with school coming to an end for me this summer, after a short 6 week session to finish school, I’ll be officially out in the work world, and I’m not going to take “credit” as a form of payment. I genuinely get upset at people that actually attempt to play that off as if it’s really worth something to me, or to anybody. It’s different if it’s a friend, and you have the financial ability to do them a solid or something, but if you push out a public cry for help on something, you should be at least prepared to offer them a way of getting compensation for their work. Credit isn’t compensation. It’s three seconds of your time while you spell their name out on screen. If there is one thing Los Angeles has shown me, it’s that my time is worth way more than that, and it’s time I start getting enough to reasonably survive on my own. I’m not looking to get rich here. I’m looking to get to a point to where when my friends say “hey, we’re going out, you wanna come?” I can turn and say “I’ll get my coat” rather than, “nah… I’m kinda tired. Next time!” I’m looking for the comfort of knowing my bills are fine, and not penny pushing.

A person with as much knowledge and skill as me should be able to have that. Unless I already have an arrangement with you to do something on terms that were previously discussed, I’m no longer available for free work. You want something, allow me to keep the roof over my head while I freakin do it. If you can’t, go grab somebody else. It’s not personal. It’s just prioritization of resources… and my schedule is looking quite full. [charliead]

The shorter story would have been to post this whole thing as a Facebook status update that says “I’m feeling like I might be screwed,” but I thought that would be a little vague. I started writing this on Facebook, and once again transferred it to a blog post when it got too long for a Facebook post. If you have any opinions or thoughts, please feel free to openly express yourself in the comment section below on this page. If, after reading this, you believe I’m the type of person you’d want to work with, or you have a project for me, you can visit me on Facebook and leave me a message.

My Next Journey Across The World: Havana, Cuba!