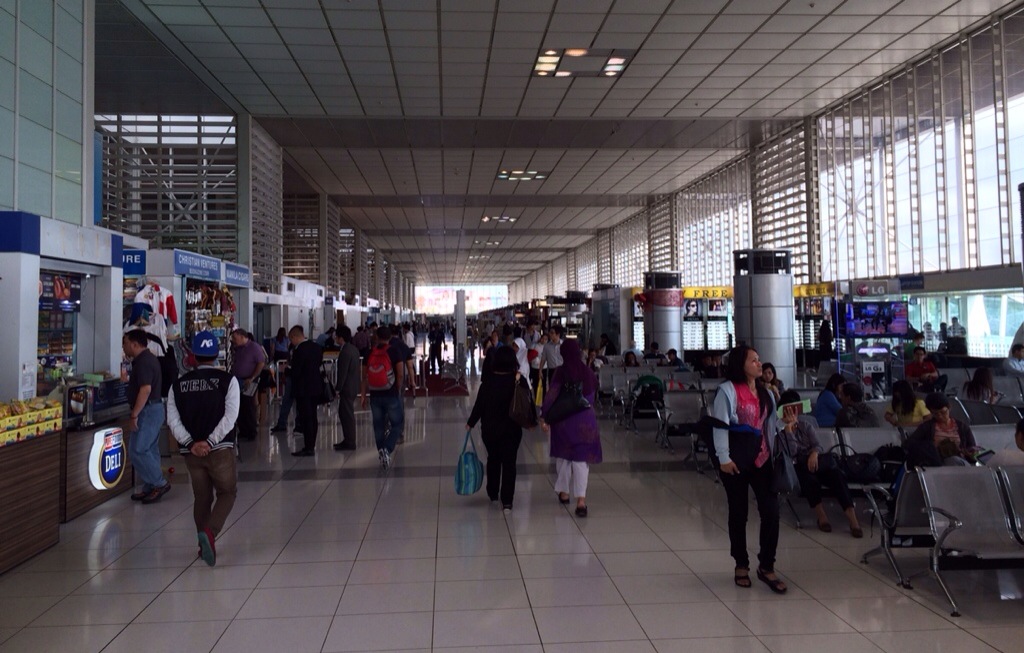 Why Manila Was the Worst Airport Experience I’ve Ever Had Manila’s airport has an outside waiting area, right after taking a shuttle full of people to our terminal carrying all 18 bags with us. Keep in mind, we’re tired, hungry, and maybe even a bit nauseated while all this is happening. By the time we arrive to the terminal, and walk up to the doors (on the second floor), it’s 1:30am, and we learn that the doors to the terminal won’t actually open until after 3:00am. We’re going to have to spend the next hour and a half outside in the humid heat of the night, with all of our luggage with us, and no available seating. Wonderful. It’s important at this point to find ways to pass the time. For some of us, it was walking around buying necessities (like water, something that is VERY important when traveling to tropical countries, especially if you have to wait in the heat for a while). Some of us played cards. We even made friends with this young lad named Scott, who hailed from the U.K. He was flying home from Australia, and had to stop in Manila for a few hours before his early morning flight. Let’s just say we learned a new game to play. So, skip ahead to 3:00am. The doors are open, and the cool air of the indoors awaits. It’s time to get all this luggage checked in super early so that we don’t have to worry about it anymore. This is when we discover a few differences in the rules between Delta airlines and this new airport and airline: Carry on luggage has a wait limit too, and it’s quite small (8kg). Almost all of us is over-weight in this respect, because American airline companies usually only care about the size of your carry-on luggage, not the weight. After all, Hang’s carry-on luggage is far over-weight for the flight, yet I alone weigh twice the overage in weight more then she does before even factoring in luggage. It makes no sense, and now that we’ve got our big luggages checked in already, and we’re thousands of miles away from home, there isn’t much we can do about getting our carry on luggage down to weight. Luckily the staff was quite understanding of this situation, and gave us a few pointers in terms of “what to say” if anybody asked us about it, and since nobody even asked us about weight in the end, it all worked out. The small stresses here and there about whether something is going to work out for you have a tendency to add up. I’m just tired of the little things, and I’m grumpy as a result. I haven’t gotten any sleep, and I’m hungry for real food. Again, sleep and food are essential to be a pleasant person. We get ready to go through security now. This will be the second time, as we already passed through scanners when entering the building. As we approach security, a sign on the banner reads, “Terminal Fee. $12.95USD” Where they came up with that price, I can only guess. Probably an infomercial. Basically, we were being asked to fork over even more money, despite having paid for everything already? I’ve never seen a terminal fee charged to travelers who were only passing through with connecting flights. That’s simply unjustified. After a brief conversation with security personnel (who barely speak English, despite being fully willing to accept US dollars as the primary currency advertised for this terminal fee), we explained to them that we never stayed here, and we never left the airport. We simply have a connecting flight. – They let us pass without the fee. Jeeezz. Again… we find ways to eat up time. Almost everyone, at one point, tried taking a nap in the terminal waiting area. the benches are super uncomfortable for anything other than straight up sitting down, so the floor is the best option. I was planning on changing my clothes anyways, so I don’t mind, as long as I can sleep. Many succeeded in getting in an hour or two; I wasn’t one of them. Some people got a card game set up, and they started playing Euchre on top of some suitcases. Good strategy to stall time. [caption id="attachment_3665" align="aligncenter" width="614"] 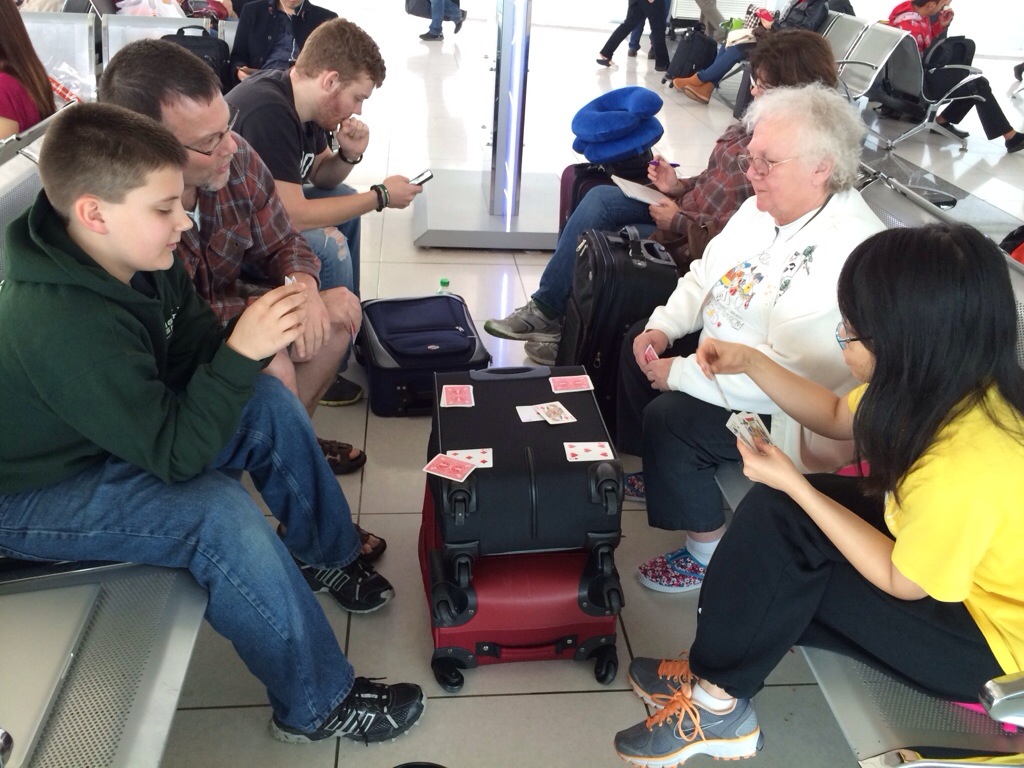 We’ve been here since 1:30am, and even spent the first couple hours of our stay outside in the heat. Now, just 2 hours left in our wait, we’ve been told by airport staff that we have to move out of where we’ve set up a comfortable camp, because some other passengers are going to sit here now for their flights. These seats are right by our gate, but we’ve been kicked out. This is the hospitality you can expect in Manila… or rather, the lack of it. So now that’ve got another spot set up, without a card game going, I’m writing right now. This entire article is probably structured horribly, and it may even look like a grade-school student has written it. I’ll blame my mental fatigue for my inability to compose sentences in my normal fashion. We have about 2 hours left until boarding the final flight to Vietnam. Until then, we’re just finding ways to entertain ourselves. I suppose this is the part where you say, “it’s not about the destination… it’s about the journey” or something like that. This is the part where I say, “we’re never connecting through Manila ever again.” [charliead]]]>
familyflyingManilaVietnam