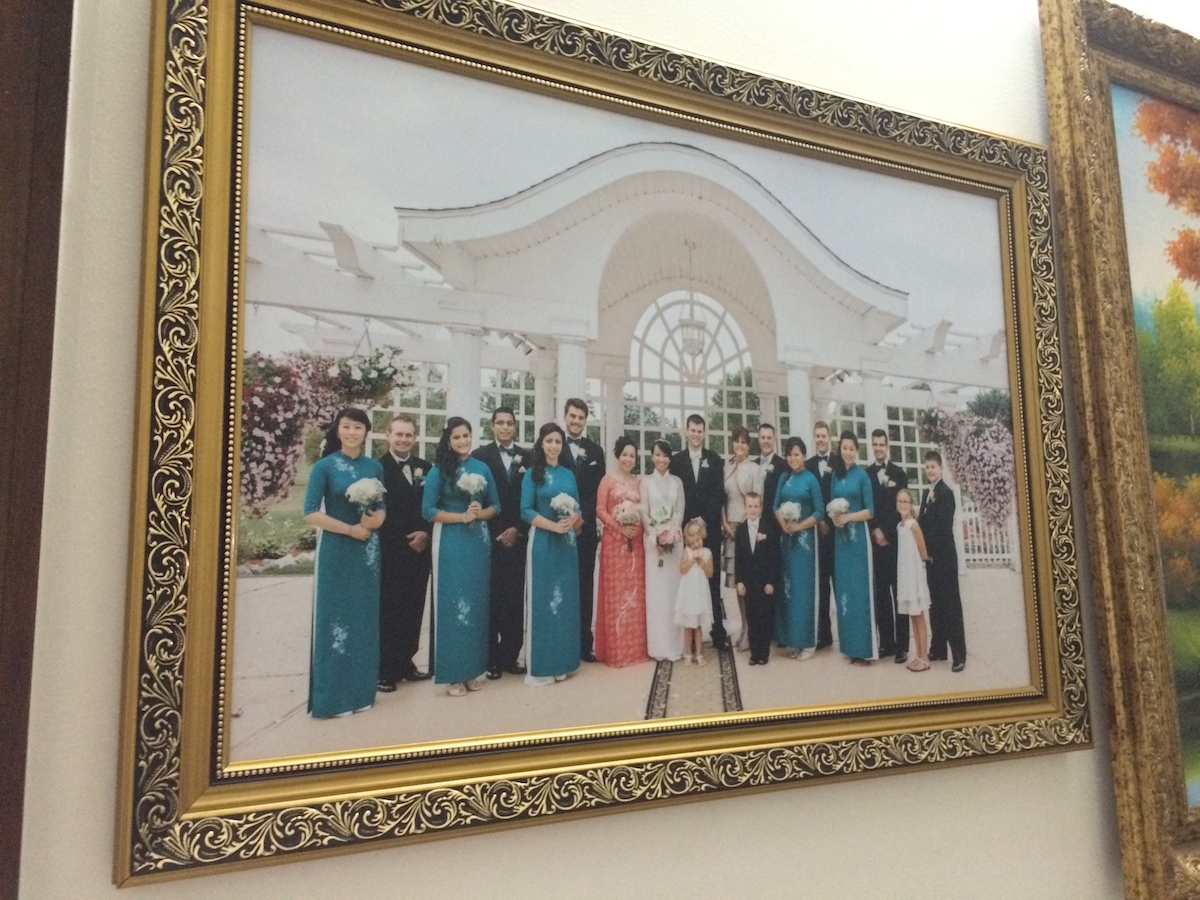 read the stories and seen the videos about it before. It would take only 5 minutes of driving to get far enough away from the airport for that all to change. The surprise from vehicles is overwhelming sometimes, even forcing physical reactions from them at times (moving their body as if to brace for a collision). We’re now in a bus surrounded by dozens of scooters moving in more than just two different directions. The streets are mixed with professionals, parents, kids on their way to work, people carrying large loads for delivery, and of course it wouldn’t be complete without plenty of horn honking. Later, we’d arrive at Hang’s house, where they’ve already ordered pizza for us to eat, from Dominoes. This is something even I didn’t expect. The last time I had came here, we immediately went out for phở at a place near the airport, and I was told multiple times that this was the plan for today as well. I suppose this occasion called for a bit of an audible or something. We arrive at the Le family home in a little under an hour from when we’d left the airport. The home is exactly as I’d remembered it from before, with a few modifications since the wedding. Large images on canvas of our family, and one large canvas of Hang and I rest securely on each side of a large, nature-like painting. In the dining room, where a painting of an elephant used to sit, another photo of Hang from the wedding in the USA sits in shrine-like beauty. It’s abundantly clear from the layout of the home that family is the number-one most important thing to the Hang’s parents, and the welcoming we’ve received has been wonderful. [charliead] For the first night, we’re off to a 5-star restaurant, where the buffet is filled with every sort of fresh food and fish that you can imagine, a huge plethora of deserts, and much to my surprise, includes any alcoholic beverage you want within the “all-you-can-eat-and-drink” dinner. Yes, you read this correct… the drinks are all inclusive as well. $50 per plate, and a brilliant dining setting that I simply cannot properly show you with pictures. I’ll have a bit of time preparing this one with video, so I may not release that “in order of appearance” if you know what I mean. Stay tuned.]]>