HomeTravelBali Hospitality, and Our Cool Hotel 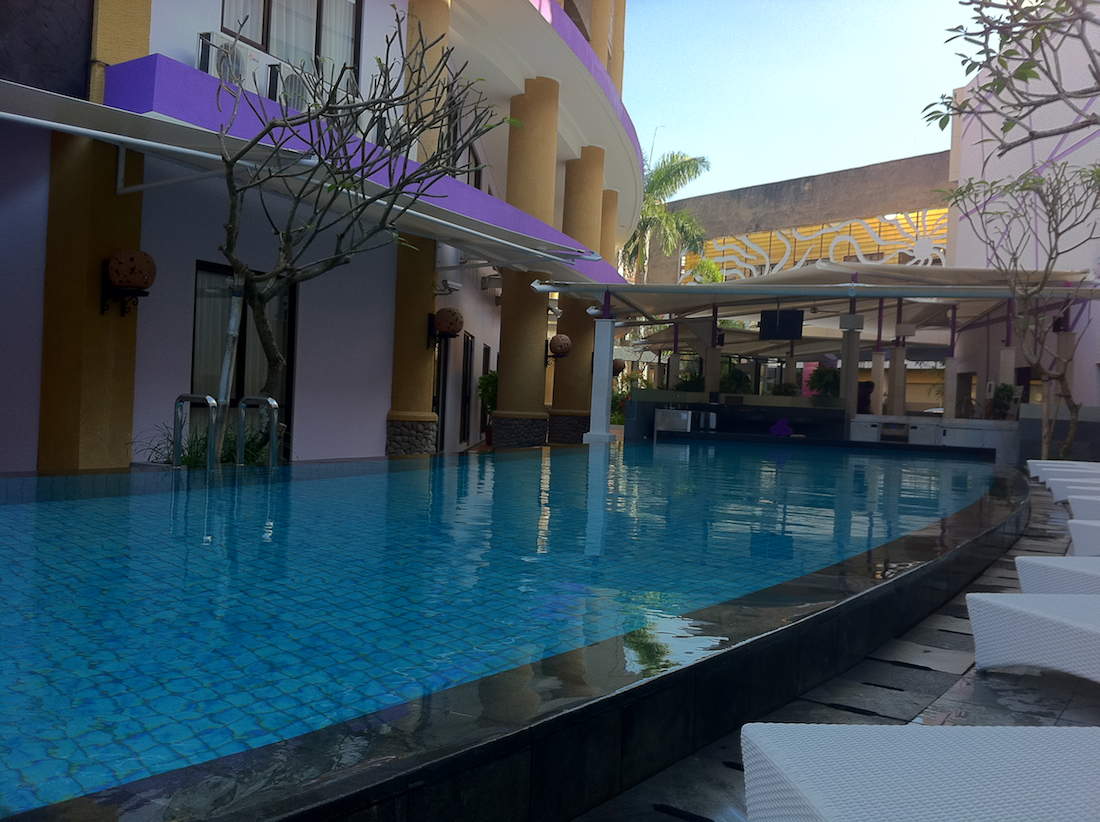 Bali Hospitality, and Our Cool Hotel

Bali’s rich culture comes packed with many things, and being friendly and hospitable to guests just happens to be one of them. I’ve actually noticed this trend in Vietnam also, as well as on all the planes I’ve traveled on as well. The hotel we stayed at was a very nice three-star hotel with a cool looking pool in the middle that had water resting on the very edge of the pool’s walls. When even the smallest person would get into the pool, their mass would force water over the edge, and into a drain which would filter and circulate the water back into the pool when they left, leaving it just as full as it was before. It was pretty cool, seeing as this makes a bit of a waterfall surrounding us when we swim. Also, here is a photo of the area where the hotel is… Everything about the hotel was brand new, having just opened last month. The room we had was pretty cozy too (you can read more about the hotel room, and see photos from my first day in Bali by clicking HERE). They had a wonderful breakfast set up for guests as well, which basically included anything I would ever think of (as an American) to eat for breakfast. Cereal, toast, waffles, eggs (made to order, exactly how you like it), muffins, rolls, bacon, little sausage links, and so much more. Considering that it was free with the room every morning (for two people), it was an amazing deal! Everything was brand new, however the fact of being new does have it’s small hiccups here and there. The shower was one of them, simply because it was near impossible to get the water to be the temperature you wanted it to be. It weaved its way through the extremes of very hot, and very cold… rarely staying where I put it. Still, that’s a pretty small hiccup for $65USD per night between the three of us! The staff was very friendly too. Whenever any of us walked by them, or even in an area where they could see us coming, they would stop what they were doing and smile, greeting us with a kind hello. We also received a free drink when we arrived at the hotel! [charliead]]]>

This Is An Actual Gingerbread House, From Vinpearl Resort

We're Off To Nha Trang and Vinpearl Resort!