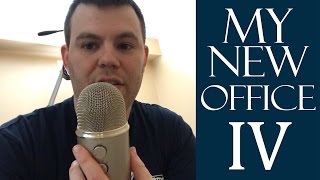 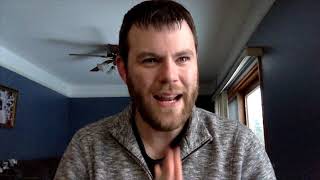 This is an address to the YouTube creators of the world, and the people within this vast and expanding community of people that care about independent artists getting the recognition that they look forward to one day having. This is a rant about the YouTube Music Awards, and a question as to why the “Artist of the Year” and “Video of the year” categories, arguable the most important ones, don’t even feature YouTubers in them. Welcome to a rant on the YouTube Music Awards, and how it isn’t really anything to vote on or pay attention to if you’re actually into a vision and purpose of promoting talented artists that don’t come with large stacks of paperwork and contracts from record companies. I follow so many brilliant people, and watch and listen to incredibly talented independent artists all over the world as a result of YouTube, so when I see some awards are going to be voted on by the people for YouTube (with YouTube being the sponsor of it, I look forward to seeing the artists and talent that YouTube cares most about, and the people make Youtube so great today. … and what I’m shown, is MTV. I’m shown VEVO. I’m shown the same crap that’s all over the place, with very little recognition for the independent, and extremely talented little guys out there that made YouTube what it is today. I no longer see anything unique. I simply see the same as everywhere else, and that’s a shame. It’s not that these artists aren’t good. Surely most people would agree that they are talented… but they already rule the airwaves everywhere. Why give them this spotlight? Why give them the only place where young and old talent from all over the world can actually be discovered? Why give them the spotlight on the stage of the independent, unsigned, musicians of the world? This network used to be better than that. Obviously my little voice isn’t going to change the contest at all, and it probably won’t spark any changes from the network in the future, unless of course the circumstances change and I wind up with a boat load of money that I want to give them in order to change it. Because that’s what they really care about in the end. Money. Don’t get me wrong, money is a great thing. I wish I had more of it. I put time into videos with a small hope of making a few pennies a day on them, so I know money is an element – but it shouldn’t be the primary focus. I have ads on some of my videos, but the point of making the video isn’t money. The core function and purpose is never about money. It’s the same way for thousands of others that I watch every day. It shouldn’t be the primary function or goal. It should be a side dish… the dish that complements the main course. It should be the part of the deal that allows you to keep coming back and doing what you love, because THAT is the core purpose of making the video in the first place. It’s doing what you love, and sharing it with the world. YouTube used to stand for that. – It’s showing more and more every day, with wrongful copyright takedowns, to deal cutting for promotions, to segmenting the feature set to only those premium people who are willing to give them a big increase in profits. It’s showing every day that YouTube is becoming less about individuals being able to express themselves to the world, and more about corporate wishes being met with haste, and perpetuating the same stuff we see every day. Perpetuating mainstream as if it’s the only stream that matters. I mention Lindsey Stirling above, even though she actually is in a category for these awards. However, Lindsey is in a category of “Response” of the year. She’s only included as doing a cover of another million-dollar band. Nothing about her original music or anything. Pentatonix is also, really, the primary talent of that song she’s nominated for. She’s in there as the big name, because more people know of her, but a vast majority of the song is Pentatonix…. anyways, back on topic. These awards should be for YouTubers. It should be voted on youtube, for youtube, by youtube’s community. Instead, we have Eminem and Rihanna coming in with the same yo yo raps and pop music we hear overplayed on the radio every day. That’s not what YouTube is about. Thankfully, there are still brilliant people here that we can all enjoy watching every day. Regardless of the new direction of this entire platform, there are still tons of individuals on the network that have nothing to do with it. They just keep making what they love, and doing what they love regardless. Thank you for being awesome people. I love watching your work. [charliead]]]>